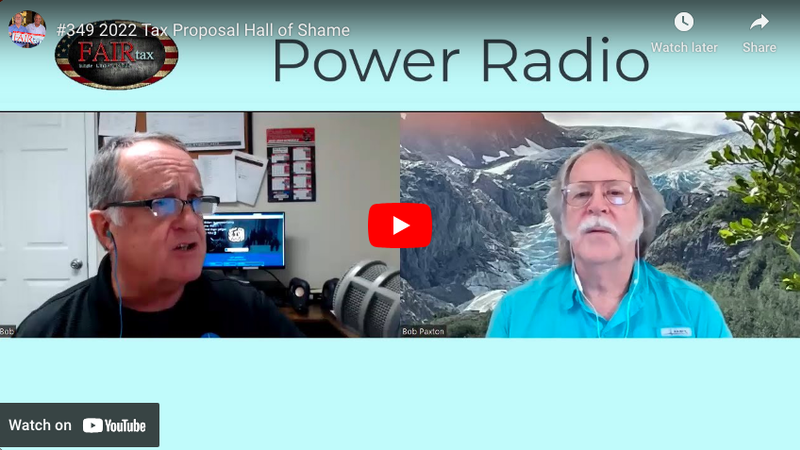 Every week, the FAIRtax Guys look at congress.gov to see what kind of changes the Congress Critters are proposing for the tax code. And every year, there are thousands of these changes—many sought by lobbyists on behalf of special interest groups.

Some are blatant attempts to use the tax code to push a political agenda.  Others are incomprehensible on their face, and others are filed under “What the heck is THAT doing in the tax code??”  The best of the best (or is that the worst of the worst?) are inducted into the FAIRtax Power Radio Tax Proposal Hall of Shame.   See which ones made this year’s Hall, bearing in mind that the FAIRtax gets rid of all of this craziness by doing away with the entire Internal Revenue Code.

This special year ending edition of FAIRtax Power Radio will stream live on Tuesday Dec. 27 at 8:00 PM Eastern on the FAIRtax Official Facebook page and the FAIRtax Guys YouTube channel.