The FAIRtax and “New” Product Purchases

Today’s Chairman’s Report is written by Jade Walle.  Jade is a partner of a CPA firm and is on the board of Americans For Fair Taxation. 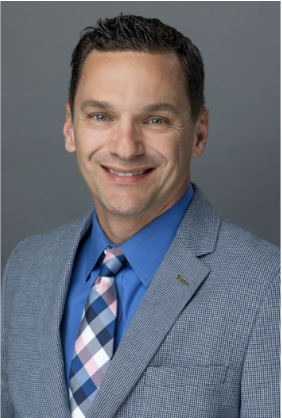 When I present the FAIRtax plan to different groups, a question that inevitably arises is the potential effect that the FAIRtax would have on demand for new products.  Since the FAIRtax applies only to the purchase of new goods, there is fear that the FAIRtax will decimate the market for new goods as people flock to buying used goods in order to avoid the tax.

It is a fair question.  Let’s begin unpacking the inquiry by examining the fundamental concept that we learned in our college Economics 101 course, and that is the inverse relationship between the demand for a product and its price.

Generally, as the price of a product goes higher, demand for it will wane.  Also, when a product is in plentiful supply, prices tend to be lower.  When supply is short, prices tends to trend upwards, as we’ve all seen in the past two years with record-setting U.S. inflation, driven at least in part by supply chain issues that have curtailed available supply.  This is the primary reason I was only able to negotiate $350 off the sticker price of the new car I purchased last week compared to the 5%-10% off MSRP I’ve been able to negotiate in years past.

However, the general rule we find is that eventually an economic equilibrium is reached.  This means that at some point, if the new automobile’s price keeps rising, customers will finally stop purchasing the new vehicle.  At that point, the car manufacturers and dealers will stop raising their prices.  The car dealer needs to sell cars in order to stay in business.  If they find that a 30% margin results in virtually no customers but a 25% margin will keep the showroom floor busy, you can easily guess where they’ll set their prices.  Companies will continue to raise prices on goods in short supply and make as much margin as the market and customers will allow.

In our wonderful new world where the FAIRtax is the law of the land and the IRS has been thrown onto the scrap heap of history, what would happen?  The exact same thing!  An equilibrium will be reached when we’re using the FAIRtax.  The prices for used vehicles and homes will begin to rise, given the increasing demand for those (no consumption tax) products.  The demand will outpace the supply, and the prices will rise.  Economics 101.

Juxtapose this with the prices for new cars and homes, where demand will decrease given that the new FAIRtax will be included in those prices.  We’ll have a dynamic scenario where the price of a new automobile (decreasing) and a used automobile (increasing) become closer and closer to each other until one thing happens.  At a certain point, but prior to these two prices converging, consumers will see that the price difference between that new Tesla and six-month-old pre-owned Tesla are not that disparate, relatively speaking.  This is the point where certain consumers will determine, based on their own wants, needs, and preferences, that they’ll just buy the new Tesla, because it’s not that much more expensive than the used one, and they prefer “new cars” anyway.  This is that magical point of market equilibrium, that has always existed on the supply and demand curve and will continue to do so when the FAIRtax is enacted.

Multiple studies indicate that the FAIRtax will be rocket fuel for the U.S. economy, including increasing our national GDP, lowering interest rates, increasing employment, and putting more purchasing power in everyone’s pocket.  Given a roaring economic landscape, the FAIRtax will likely result in demand increasing across the board, for both new and used products, and it will be up to us as entrepreneurs, businessmen and women, and corporations around the world to answer the call of supply.

After FAIRtax enactment and in a free capital market society where efficient or at least semi-efficient markets continuing to be the norm, an immutable economic reality will persist.  This equilibrium between new and pre-owned products will absolutely continue, just as it does now, and the FAIRtax will absolutely not bring about the downfall of any particular class or type of good.  On the contrary, the FAIRtax will stimulate and increase economic activity and bring about the most robust U.S. economy we’ve ever witnessed, whether you’re Fast Eddy (the used car salesman), or Colburn, (the new car experience concierge).


WHAT CAN EACH OF US DO?


We can write letters and make calls to our elected representatives demanding that if the government really wants to eliminate the burden of filing income tax returns, they should enact the FAIRtax and do away with tax returns altogether.

The great 18th century Irish statesman Edmund Burke made a statement that applies in many ways,

“Nobody made a greater mistake than he who did nothing because he could do only a little.”

Remember, if we don't continue to tell the truth and demand a change, then this quote from George Orwell's 1984 may foretell our children's future:

“If you want a picture of the future, imagine a boot stamping on a human face—forever.”

Take back control!   Help us PASS THE FAIRTAX!

The IRS will be gone and we will pay our taxes when we make purchases.

WE and not the Ruling Class and their minions in D.C. will decide how much federal tax we pay!

If you have friends who don’t know about the FAIRtax, send them to  FAIRtax.org.  Have them watch the white boards under “How It Works” and, if they agree, ask them to please join us.

Then contact your Members of Congress and the President and demand that Congress pass -the FAIRtax—the only fair tax.

Is it hopeless?  When confronted with a seemingly impossible problem, remember the statement attributed to the author George Bernard Shaw who wrote, You see things; and you say “Why?”  But I dream things that never were; and I say “Why not?”

Isn’t it time for us to ask, “Why not?”
#StoptheShutdown Press Conference with Speaker Pelosi and Senator Schumer by AFGE is licensed under flickr Attribution 2.0 Generic (CC BY 2.0)